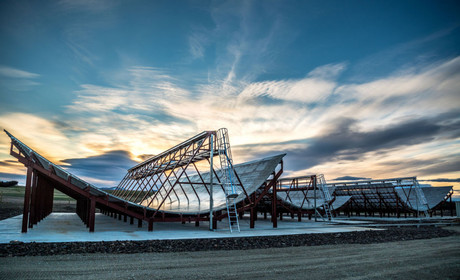 A ‘next generation’ space radar that can detect objects as small as two centimetres in low Earth orbit (LEO) has been commissioned in New Zealand.

The Kiwi Space Radar (KSR), located in Central Otago, is the first commercial radar to track objects smaller than 10 cm in LEO and the first in a series of next generation radars to be deployed globally, according to Silicon Valley start-up and radar creator LeoLabs.

The phased-array radar, which operates at higher frequencies than LeoLabs’ previous sensors, is designed to track around 250,000 extra objects, the company’s Co-Founder and Chief Technology Officer, Michael Nicolls, said.

“These objects account for most of the risk of collisions in space, and KSR is the first big step towards addressing that risk. It will enable thousands of new satellites to safely use LEO,” he said.

“As thousands of satellites and new constellations deploy into LEO, our mission is to provide a backdrop of data-driven transparency and certainty to support satellite operators, regulators, space agencies and industries that rely on satellite service,” LeoLabs’ Co-Founder and CEO, Dan Ceperley, said.

LeoLabs and MBIE signed an agreement in September 2018 to work together on space-related research and development projects.

The company will use the radar to help catalogue LEO objects and events while MBIE will use it to track NZ-launched objects and monitor compliance with the country’s space regulations.