The transport industry will be revolutionised by smart radios and apps.

What is an app, really? The name has been somewhat hijacked for a consumer audience, and at the mere mention of the term one immediately pictures a square icon on a touch screen that opens up a game or website. As the years roll on, there’s a good chance younger generations won’t be aware it’s actually short for ‘application’, such is the pervasiveness of the shortened term in the vernacular.

But lost in the abbreviation is the definition: an application - at its most basic level, and while still being defined in a device perspective - is simply a program that enables a device to operate a specific function. And that definition is not limited to the smartphone that you undoubtedly have in your pocket right now. An application can appear on any device, and there’s a good chance that anyone in the transportation industry has with them a device that’s become just as app-ready as the smartphone.

I’m talking, of course, of the trusty two-way radio. 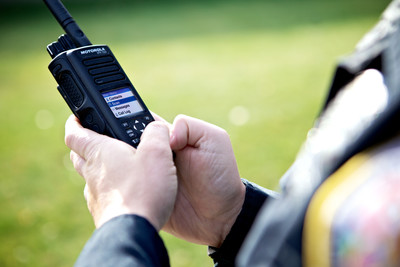 The two-way radio has undergone a renaissance recently, evolving from an analog staple of industry comms into a digital device capable of much more than simply one-to-one communications.

In much the same way the phone got smarter, so too has the digital radio, to the point that we can refer to it as the ‘smart radio’. The smart radio has brought with it a functionality that has opened the floodgates for app developers to create industry-specific and industry-agnostic applications.

If we look from a transport point of view, the application possibilities could change the nature of how the job is done.

Inherent in digital radios is the ability to communicate one-to-one and one-to-many, by voice or text. They have internet connectivity. They have built-in GPS and mapping services. They can send and receive data including images and video.

Simply put, the radio is capable of so much more than ever before, and app developers have exponentially increased its capabilities.

As these apps are being developed, two-way radio handsets are beginning to replace other proprietary devices that were previously used for the sole purpose of performing one or more specialised functions - functions that can now be done by the radio and the app.

For example, drivers can now use the digital radio to automatically determine a new route in the event of gridlock, using the mapping and imaging features in the radio along with the GPS. Meanwhile, the ‘man down’ application is one that is transforming the way organisations are approaching worker safety. 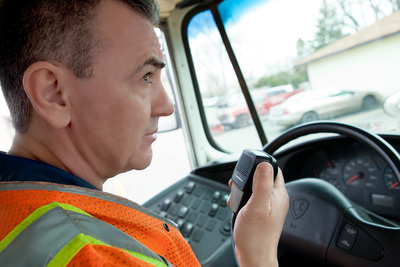 Automation applications are particularly useful in the transportation arena. For example, the radio can be used to alert headquarters if a bus is speeding in a school zone. This can assist the organisation in ensuring the safety of its staff and the general public.

The job ticketing app, meanwhile, is making everyone’s lives easier. In the past, users needed a second device to manage job dispatch as the best way to ensure the information was correct by sending it as data (email, text, for example) and the two-way radio was a voice-only platform.

The digital radio, however, has data capability and can now assign, track and manage job requests, negating the need for that second device.

Enhancing the power of digital

These examples are just the tip of an expanding iceberg. There are literally hundreds of two-way radio software application developers across the Asia-Pacific region alone, focused on developing business-specific applications across multiple industries, including transportation.

As apps continue to be developed, digital radios will increasingly be viewed as not just a complement to the smart device, but as the preferred communications tool in the transport industry.

And as has been the case with consumer electronics, the more powerful the applications become and the larger the application ecosystem grows, the greater the power of the digital radio.

These apps - and the increased focus on creating business-specific digital radio apps among software developers - promise to change the workplace in the same disruptive way the app store changed the mobile phone.

The transport industry is among those that will see the most significant disruption - in a good way - in the years to come.