Intended to bring harmony to military design and procurement, military standard or MIL-STD devices are widely used in the commercial and industrial communication fields.

Built for the toughest of conditions, military-grade components are often also used for civilian purposes, such as mission-critical communications for emergency services, mining operations, transport and logistics, to name just a few. Such utilisation can guarantee the best possible performance under the most trying of conditions, such as extreme heat or cold. Outlined here are some different types of purpose-built connectivity products that are designed for harsh military applications.

Communications systems for use in combat operations have special requirements compared with non-military, commercial systems but are nevertheless suitable for stringent commercial usage. Many of the voice, video and data systems used by the military are mobile and designed for rapid deployment in harsh environments where temperature extremes, shock, vibration, dust and moisture can be prevalent. The constant jostling, vibration and even major shock experienced in combat operations could potentially disable a system based on commercial standards. Other potential hazards include heavy EMI and RFI cause by proximity to noise-generating devices such as motors, switching power supplies and microprocessors.

When designing a communications network for such conditions, engineers can make use of specialised products to address these factors and more. 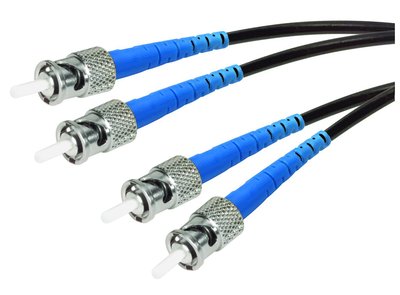 The use of fibre optics provides several benefits. First, it is immune to EMI and RFI. Secondly, it can support very long distances before a repeater becomes necessary. Thirdly, fibre offers very large bandwidth and can be used in video, voice and data applications. And lastly, the cost of fibre continues to decrease.

Many fibre products are now available to address the needs of military-style applications. Specialised military connectors such as Straight Tip (ST) are offered with extra-heavy tension springs to assure physical mating will not be compromised in the event of a major shock or vibration. Variations are available that feature a locking mechanism that prevents optical disconnects in high-shock or -vibration conditions. 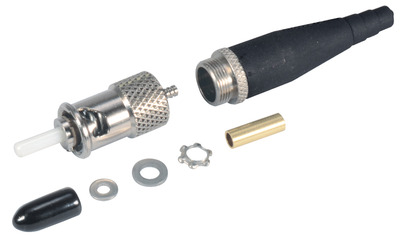 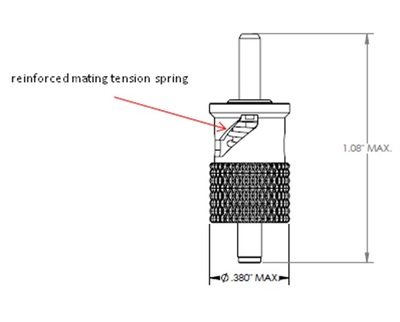 Other militarised fibre-optic connectors include ingress protection that feature extra-robust strain reliefs and screw-lock mating for solid optical connections, even when subjected to shock and vibration. Typical strain relief on these connectors is well over 250 newtons, which is more than 50% better than standard, commercial designs. This added protection ensures the cable assembly will survive incidental contact during field use.

Sometimes fibre-optic systems cannot be used due to the presence of legacy equipment, or for various design reasons.

In traditional civilian/commercial installations, unshielded twisted pair (UTP) systems are fine for controlled environments where cabling is often installed and then not touched for years. But for military-style applications, UTP will not cut it. But by coupling shielded twisted pair (STP) cabling and ruggedised military-style connectors, most design requirements can be met.

Many styles of military-grade connectors exist today, including: transversely sealed jack and plug options in zinc-nickel, which provides excellent levels of corrosion protection; or anodised finish, which also increases corrosion resistance and wear resistance. These types of connectors feature a compression nut that establishes the cable strain relief, thus keeping the connection even when bumped or hit. Additionally, these connectors support 360° shielding when terminated to the cable’s shielding.

Another consideration is the type of cable jacket compound. Typical UTP cabling utilises PVC in the outer jacket. PVC is very toxic when burned and can act as a wick, increasing the spread of fire.

A popular jacket type used in military systems is low smoke zero halogen (LSZH), which produces very little smoke and no harmful halogens such as fluorine, chlorine and bromine, which can damage expensive communications equipment and endanger lives. LSZH cables will self-extinguish and are used extensively in shipboard, aerospace and mobile vehicle applications where confined space communications and networking is common.

Another type, polyurethane, stands up well to damaging UV rays, is resistant to oils and petroleum-based products, and is very resistant to mechanical abuse in situations where abrasions and cuts are commonplace. One downfall, though, is that they give off very toxic gases when burned and do not self-extinguish.

In summary, connectors and cables originally designed for use by the military are also widely used in general industry and often are used more for commercial projects than military projects. Public safety is one such area, where devices are required to be of a very high standard and especially to be water resistant and rugged.

Standards for military-grade connectors grew out of efforts by the US Department of Defense in the 1930s to standardise devices for, particularly, aeronautical applications. Originally specified with AN (Army-Navy) numbers, they are today known by their Military Standard, or MIL-STD, numbers, sometimes informally called MIL-SPEC. And although originally developed for military purposes, they are now widely used for industrial, commercial and aerospace applications.

Military specifications exist for electrical connectors and for fibre-optic connectors. The primary ones of concern are MIL-DTL 26482, MIL-DTL-38999 and MIL-DTL-5015. MIL-DTL 26482 defines the requirements for “two series of environment resisting, quick disconnect, miniature, circular electrical connectors (and accessories)”. The standard describes requirements for operating temperatures and pressures. MIL-DTL-38999 describes four series of “miniature, high density, bayonet, threaded, or breech coupling, circular, environment resistant, electrical connectors using removable crimp or fixed hermetic solder contacts, and are capable of operation within a temperature range of -65 to +200 degrees Celsius”. These kinds of connectors are suitable for SWAMP (severe wind and moisture problem) conditions. 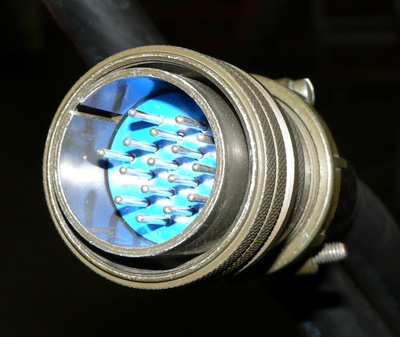 There are many other standards, such as MIL-DTL-83513, which defines a micro connector (Micro-D connector) for use where space or weight considerations are a priority. Others include MIL-C-83522 and MIL-DTL-83526, both of which are concerned with fibre-optic connections.