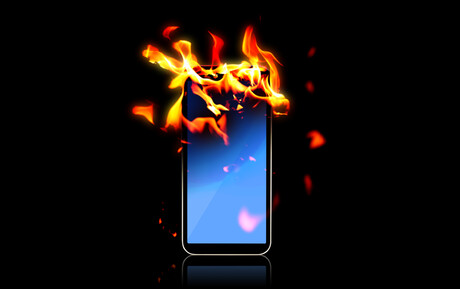 During an emergency, a first responder should have some assurance that their devices are reliable and secure.

Public safety first responders are the first at the scene of an emergency incident. Their day-to-day work life may include life-saving and sometimes life-threatening activities. As commercial and enterprise technologies advance, first responders have the opportunity to take advantage of this technology to enhance their efficiency, safety and capabilities during an incident.

The United States nationwide public safety broadband network (NPSBN), which is steadily being deployed across the US, will allow first responders to use modern communication technology (eg, mobile devices) as well as other Internet of Things (IoT) devices (eg, wearables) to accomplish their public safety mission. But, as with any new technology, there are security concerns, such as vulnerabilities of data and users. In the case of public safety there are concerns that exploitation of vulnerabilities may inhibit first responders from performing their duties, and put their safety at risk.

As a result of this concern the US National Institute of Standards and Technology (NIST) produced NISTIR 8196: Security Analysis of First Responder Mobile and Wearable Devices. The document captures the various use cases of public safety mobile and wearable devices, the known attacks on public safety mobile and wearable devices, plus information received from interviews with actual public safety officials. Due to their unique roles, environments and situations, the information in NISTIR 8196 is important for grasping the first responder perspective and analysing the security objectives necessary for all first responder devices.

Mass production of mobile and wearable devices makes it easy to find and buy any device that may meet one’s wants and needs. But technology is primarily produced for the general consumer or enterprise and not specifically designed with public safety in mind.

This could lead to potential repercussions if the appropriate device is procured without consideration of the security and safety of first responders. When it comes to selecting mobile and wearable devices, there is little security guidance that focuses on the particular needs of public safety. During an emergency, a first responder should have some assurance that their devices are reliable and secure.

Most of the wearable devices analysed use some variation of Bluetooth and/or Wi-Fi as their wireless communication protocol. These protocols allow for communication between a wearable device and a mobile device or desktop. Wearable devices typically do not have a complex operating system and perform minimal tasks that enable them to process and send information to be interpreted by an application on another system, such as a mobile device or desktop computer. Many of the wearable devices analysed through this research are dependent on being able to send information to a mobile application to be interpreted, stored and possibly shared through cloud services. 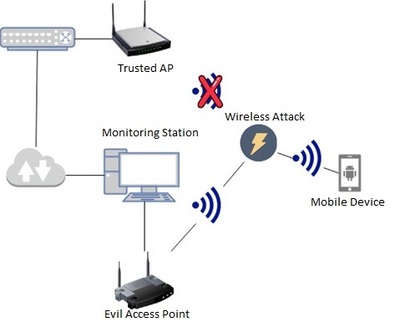 The test configuration network conducted by engineers on mobile devices.

Guidance for mobile and wearable devices

In addition, PSCR engineers detailed specific information and features that should be taken into consideration to accomplish the guidance.

Mobile devices have many built-in security capabilities. This is partially due to their size, storage capability and fully fledged operating systems. Somewhat mimicking traditional desktops, a mobile phone has various network capabilities (eg, Bluetooth, Wi-Fi and cellular connectivity), along with the ability to update firmware and download software to expand the device’s abilities even further. Many mobile devices are capable or have the information necessary to meet the security objectives of first responders.

Wearable devices are very different from mobile devices in that they are typically built primarily to accomplish a specific use (eg, communication through a headset or to record vital signs). Due to their often limited processing power, wearable devices do not have various options when it comes to functionality and security.

From this analysis of mobile and wearable devices, PSCR engineers found that mobile devices have advanced greatly over the years and are capable of meeting most of the public safety security objectives. But mobile technology still has room for improvement when it comes to capabilities, such as rogue base station detection.

Some wearable devices interact with an application programming interface, which allows a little more flexibility in gathering information or applying different settings.

While Bluetooth specifications are constantly being improved and updated, commercially available wearables still seem to use older versions of Bluetooth, with minimal security levels.

Overall, PSCR engineers found that few devices are built with features that are specific to public safety, such as a ruggedisation rating that meets the needs of firefighters.