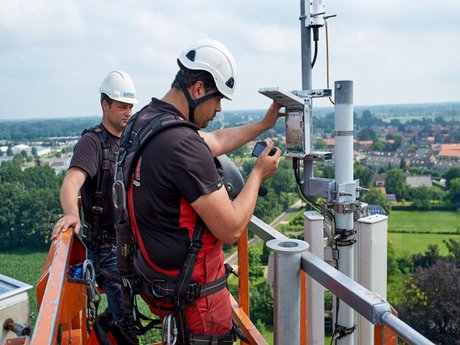 The KPN LoRa network is now available throughout the Netherlands, which KPN said makes it the first country in the world to have a nationwide LoRa network for Internet of Things (IoT) applications.

The country ramped up the rollout over the last eight months by equipping hundreds of existing mobile transmission towers across the country with a LoRa gateway and antenna due to increasing customer demand. LoRa went live at the beginning of November 2015 in Rotterdam and The Hague.

The network is designed to supplement existing 2G, 3G and 4G networks, and eliminate barriers like cost, consumption and energy so that numerous devices can be connected to the internet.

“Last year we identified an increasing demand for low-power network technology for Internet of Things applications. We are responding to this by choosing LoRa, so millions of devices can be connected to the internet in a cost-effective manner,” said Joost Farwerck, chief operations officer and member of the board of management of KPN. “In less than a year, KPN has implemented a network that allows us to satisfy this market demand.”

The company said the existence of the LoRa network makes it simple to develop smart applications and to optimise processes and services.

In the months ahead, KPN said it will further optimise LoRa by condensing the network, while the much-requested localisation functionality will also become available. KPN expects LoRa applications for consumers to become more widely available in the course of 2016.

A number of proofs of concept are being trialled, which include the LoRa network being tested in logistical processes such as baggage handling at the Schiphol Airport or using the network to monitor rail switches at Utrecht Central station.

Significant revisions to the Standards include safeguards for the distribution of hazardous...

Inovor is set to deliver a satellite bus that will house equipment for the Buccaneer Main Mission...

Murus and Zetron team up on LMR/LTE research

Zetron and Murus Cybersecurity have partnered up to conduct LMR/LTE research funded by the...