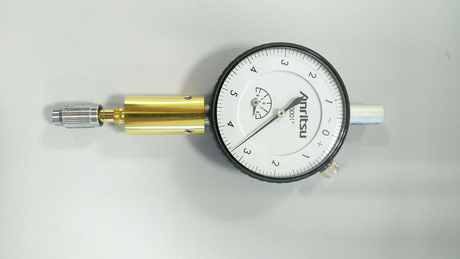 Technicians such as radio tower mast riggers are responsible for the use of finely engineered RF field test equipment that offers very high levels of accuracy and precision, while also being portable and rugged.

The handheld spectrum analyser, for instance, is a mainstay of the technician’s toolkit. With a rugged plastic housing and a toughened display screen, it is easily capable of withstanding the knocks and shocks encountered in everyday use in the field.

Rugged it might be, then, but there is one phenomenon that it cannot endure — excessive RF power. For all the recent advances in the design and manufacturing of circuit protection devices, breaching the instrument’s specification for maximum input power will cause damage.

Unfortunately, a measurement instrument’s accuracy and precision depend on the use of extremely high-quality components assembled to fine tolerances. This means that the repair or replacement of a damaged instrument can be very expensive.

As so often in life, prevention is better than cure. This article describes the main methods and products that field operators should employ to eliminate all risk of exposing their test equipment to harm in ordinary use, whether through excessive RF power, static electricity or connector mismating.

The most obvious way in which incorrect use of a test instrument can damage it is by the application of continuous excessive RF power to the instrument’s inputs. It is the most obvious because the resulting damage can be easily seen – and smelled. Figures 1 and 2 show damage to the front ends of handheld spectrum analysers. Here, continuous RF power above the maximum threshold specified by the manufacturer resulted in the burning of various components inside the case. In Figure 1, it also damaged tracks on the PCB, which rendered it unrepairable, since the PCB was a multilayer assembly and some damaged tracks were therefore not exposed to view. 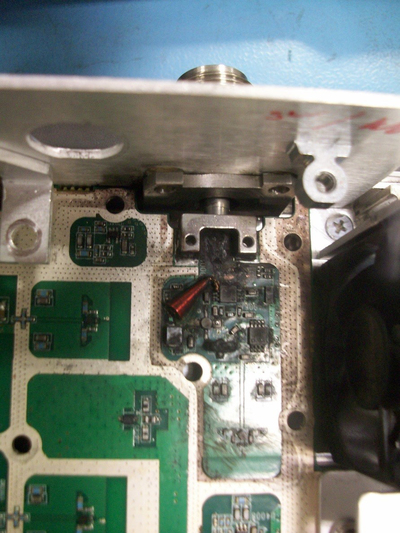 Figure 1. A spectrum analyser’s front-end components and board have been burned by excessive RF power, as shown by the blackening of the area around the input. 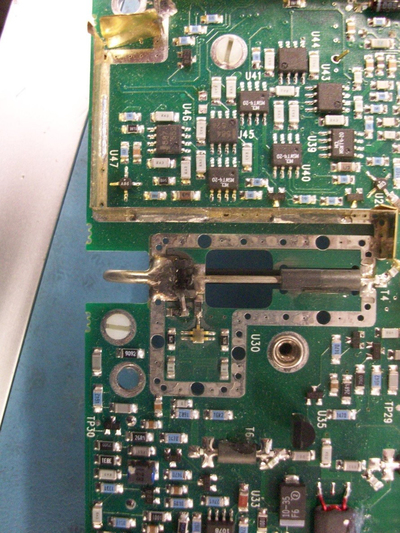 Figure 2. Less conspicuous excess power damage can be expensive or impossible to repair.

When measuring signals with a handheld spectrum analyser, the correct method to protect the RF input is to use an external attenuator of a known value: this reduces the amplitude of the input signal to an acceptable level. The user should specify carefully both the scale of the attenuation provided by the attenuator (in dB) and its maximum power rating (in W). If a user mistakenly applies RF power in excess of the attenuator’s maximum power rating, it will fail to provide the expected level of attenuation of the input signal, potentially exposing the instrument to the risk of burnout.

The value of the attenuator should be entered into the spectrum analyser, which will automatically apply compensation so that the instrument still displays an accurate measurement of received power.

Mast riggers who perform cable measurements must always be aware of whether the cable they are testing is live or not. This might seem obvious, but riggers with many years of experience will have seen a huge increase in the density of cables and antennas mounted on masts. Today, it is not uncommon for a single mast to host 10 or more different transmitter/receiver combinations side by side. This means that it is surprisingly easy to mistake one cable for another.

Again, there is a guaranteed method for avoiding damage caused by inadvertently testing a live cable that the operator thought was dead. This is to connect an RF power indicator to the cable before testing it (see Figure 3). If neither the yellow nor the red light is illuminated, the cable can be safely coupled to a test instrument.

Figure 3. An RF power indicator reliably shows whether a cable is carrying RF signals at a power of 50 mW or more.

Another reason for the use of an RF power indicator is to avoid damaging cable termination devices. Some cable analyses are performed by coupling an RF input of 1 mW into a cable terminated with a precision 50Ω termination (see Figure 4). This enables the technician to test the reflection characteristics of the cable. 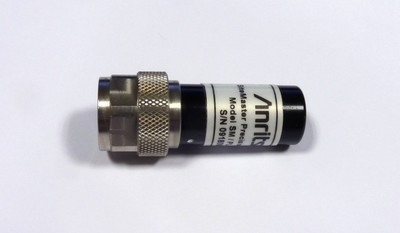 Figure 4. A termination device is susceptible to damage by RF signals of more than 1 W in power.

These terminations have a maximum power rating of 1 W. So if the user were to accidentally attach the 50Ω termination to the end of a live cable, which might carry transmissions of up to 40 W power, the termination will be damaged.

When the technician is testing a cable for the existence of passive intermodulation (PIM) products, the analysis must be performed on live cables, since PIM products arise from the combination of two RF transmissions at roughly adjacent frequencies. Here again, a special termination must be connected to the free end of the cable, but this time it has to withstand up to 40 W of RF power (see Figure 5).

Figure 5. A special termination device is required when performing PIM tests on a live cable.

So far, this article has described the methods to be used to avoid any risk of damage to test equipment from excessive continuous RF power. Any qualified and experienced operator working with RF devices will also be aware of the risk of damage from electrostatic discharge (ESD) strikes.

Because of the high value of RF test instruments, protection against ESD is of particular importance to users.

ESD can be a fairly unpredictable phenomenon — the amount of static electricity in a device depends on the material it is made from and the humidity in the surrounding environment. Even the size of the user’s body affects how much static electricity is accumulated.

It is true that the performance of ESD protection devices, such as transient voltage suppression (TVS) diodes, has improved dramatically in recent years. No protection device, however, can guarantee that a device will not be damaged.

Rather than relying on an instrument’s protection devices, it is safer for the user to avoid triggering ESD strikes. This is a simple matter of having the discipline to follow familiar guidelines for handling electronic equipment.

Interestingly, the damage caused by ESD strikes is more insidious than that caused by excessive continuous RF power. The voltages generated in an ESD strike can often reach 2 kV, and sensitive devices such as MOSFETs can be rated for a breakdown voltage of just a few hundred volts.

At the same time, the energy in an ESD strike is dissipated in a matter of nanoseconds. This means that the damage caused by ESD can break a component down very quickly, but with much less visible evidence of damage than the widespread charring caused by excessive RF power.

Figure 6 shows an ESD protection device, a toroid coil which is part of a protection circuit for an RF output amplifier, after suffering a strike. It is slightly discoloured, but as Figure 7 shows, it is not markedly different in appearance from an undamaged coil. Nevertheless, this tells us that the RF amplifier is probably now damaged as well. 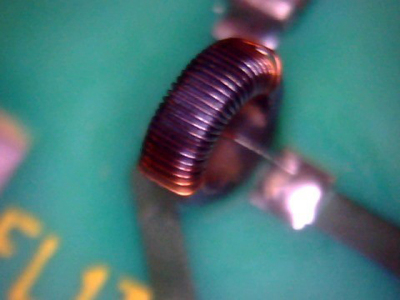 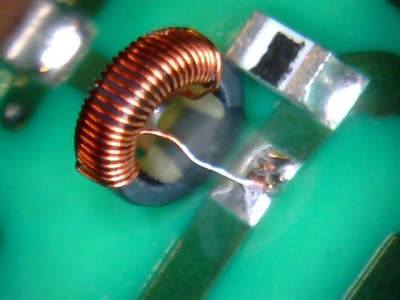 The dangers of mismating a connector

The connector is the last important part of a test instrument that is commonly damaged by the user. As with RF power and ESD strikes, such damage is easily avoidable through the application of correct handling techniques.

When connecting devices to a test instrument, the general rule is to hold the body of the device and to only turn the coupling nut to tighten it on to the instrument. This is because the internal construction of instruments is precisely designed to optimise measurement accuracy. If the body of the external device is turned, once partially or wholly mated it will also turn the conductor inside the instrument.

When both centre conductors meet, the female centre conductor may then either splay or break off if the male and female parts are not perpendicular. The damage that might ensue is shown in Figure 8. 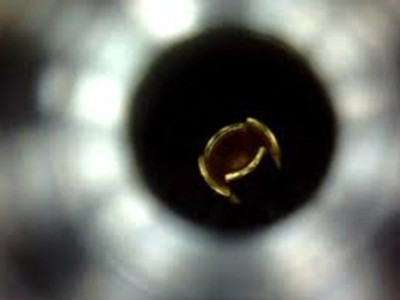 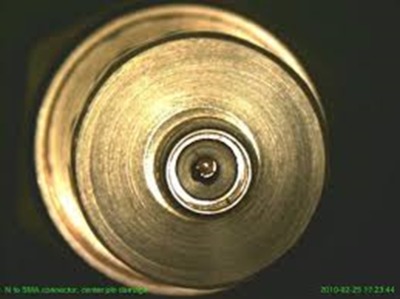 Figures 8a and 8b. Poor handling of connectors can cause the test instrument’s female centre conductor to be splayed.

Unfortunately, the front-end connectors of test instruments are usually very expensive to replace. Therefore, field test technicians should use a precision adaptor specified for the instrument’s connector type to connect the device under test to the measurement instrument. The cost of such an adaptor is far less than the cost of repair to an instrument’s damaged female connector.

Users should also take care to follow the manufacturer’s guidelines on the torque to be applied to a connection. In addition, each device type has a specific pin depth, which allows for highly accurate mating to a compatible device of the opposite sex (see Figure 9). A depth gauge (see Figure 10) should therefore be used to check both connectors before connecting them together.

Figure 9. Use of a device connector with an overly long pin could damage an instrument’s connector. 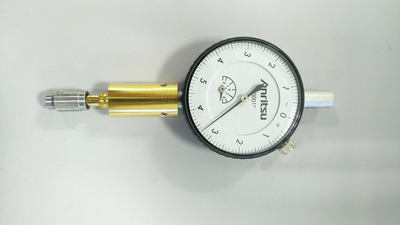 Protecting test instruments is a matter of following simple guidelines. Here’s a five-step process for making connections that includes all the precautions that the user should take.

Precision measuring equipment can be very expensive to repair. As this article shows, a few, simple guidelines and items of specialist equipment can go a long way to eliminating the risk of damage when using measurement instruments in the field. As the saying goes, it’s better to be safe than sorry!