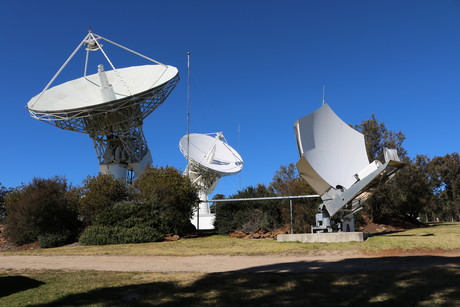 A multimillion-dollar trial of a second-generation, space-based positioning technology system is underway in Australia.

As we reported in Critical Comms earlier in the year, Australia is undertaking a world-leading trial of technology that could dramatically boost the precision of satellite navigation systems. According to Gary Johnston, head of Geoscience Australia’s geodesy and seismic monitoring section, the widespread adoption of improved positioning technology has the potential to generate upwards of $73 billion of value to Australia by 2030. With that in mind, in January 2017 the federal government announced $12 million in funding for the trial of a second-generation satellite-based augmentation system (SBAS), with the aim of vastly improving the accuracy of location systems. The New Zealand government will also contribute $2 million towards the testbed and trial program.

To find out more the trial program, we spoke with Rod Drury, Managing Director–Australia for Lockheed Martin Space Systems.

What is the SBAS project and what is it expected to achieve?

This innovative research project will show how augmenting signals from multiple Global Navigation Satellite System (GNSS) constellations can enhance positioning, navigation and timing for a range of applications across multiple industries. For the first time, a second-generation SBAS testbed will use signals from both the Global Positioning System (GPS) and the Galileo constellation, and dual frequencies, to achieve even greater GNSS integrity and accuracy. Over two years, the testbed will validate applications in nine industry sectors: agriculture, aviation, construction, maritime, mining, rail, road, spatial and utilities.

Which parties are involved in the project, and what are they doing?

Geoscience Australia is leading the project with Lockheed Martin. The Australian Cooperative Research Centre for Spatial Information will coordinate the demonstrator projects that test the SBAS infrastructure. Land Information New Zealand is coordinating New Zealand participation. Lockheed Martin will provide systems integration expertise in addition to the Uralla radio frequency uplink. GMV-Spain will provide its ‘magicGNSS’ processors. And Inmarsat will provide the navigation payload hosted on the 4F1 geostationary satellite.

Who will use SBAS, and what improvements will it bring to the economy?

Many sectors — such as the aviation and maritime industries — rely on GNSS signals for accurate, safe navigation. Users must be confident in the position solutions calculated by their GNSS receivers. The term ‘integrity’ defines the confidence in the position solutions provided by GNSS. Industries where safety-of-life navigation is crucial want assured GNSS integrity.

Ultimately, our testbed will broaden understanding of how this technology can benefit safety, productivity, efficiency and innovation in Australia and New Zealand’s industrial and research sectors.

Is SBAS unique to Australia, or are other countries doing the same thing?

Australia will host the first second-generation SBAS system. This is the first time an SBAS will use signals from multiple GNSS, on two frequencies — the L1 (1575.42 MHz) and L5 (1176.45 MHz) GPS signals, and their companion E1 (1575.42 MHz) and E5a (1176.45 MHz) Galileo signals — to provide integrity data and enhanced accuracy. This SBAS is not dependent on one GNSS.

Australia is the perfect place to make this demonstration, with much of the ground station infrastructure already existing.

What is the timeline for the trial stages?

Since announcing this project in February, we have completed construction of the SBAS testbed and begun testing. In early June, our testbed began broadcasting the L1 signal in the same format and capability as the legacy WAAS and EGNOS. In September, the testbed will add data to the L1 signal, enabling receivers configured to receive it to make very precise position solutions, with accuracy below 10 centimetres (typically 6–8 cm). And later this year, we expect the testbed will begin broadcasting on L5, the first ever dual-frequency, multi-constellation SBAS signal.

Finally, tell us more about your Uralla ground station — what is it used for?

Lockheed Martin Australia has operated and maintained its ground control station at Uralla on the north coast of NSW since 1998. It is the primary back-up Telemetry Tracking and Control (TT&C) for Lockheed Martin and provides Transfer Orbit Support Services (TOSS) and Initial Orbit Testing (IOT) for satellites after they have been launched for a wide range of commercial and government customers.