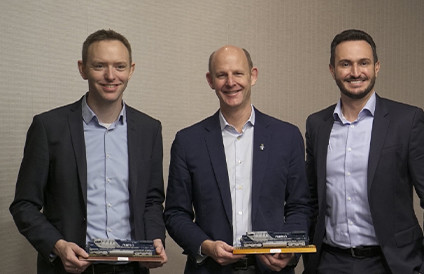 Brazil’s railways are set to receive satellite connectivity and new push-to-talk radios in a bid to improve transport speed and train, vehicle and operator safety.

The project will initially focus on 2000 km of the Northern Railway that connects six key states to the Port of Santos, according to Globalsat Group. Currently, most of Rumo’s tracks run through remote areas with unreliable or non-existent network coverage, preventing train drivers, railway engineers and transport managers from transmitting or receiving live traffic updates and causing long delays, various logistical challenges and increased operational costs.

“In Brazil, rail is the most important transportation channel for many industries including agriculture, commodities, forestry and consumer goods. So a more efficient network means a stronger economy,” Globalsat do Brasil Head and Globalsat Group Senior Vice President of Sales Igor Falcao said.

“Rumo’s rail network is the only one connecting the central state of Mato Grosso to the largest port in Latin America — Santos. The connectivity improvements being brought by mobile satellite communications will improve Rumo’s operations, making rail a more reliable and effective transport proposition that the Brazilian economy can depend on.”

The project required a rugged solution that could withstand heat, cold, salt and motion.

The consortium project works towards a pan-European interoperable mobile broadband project for...

The partnership will support the interoperability, reliability and safety of cellular...