Brazil airport the first facility with a Wi-Fi 6 network 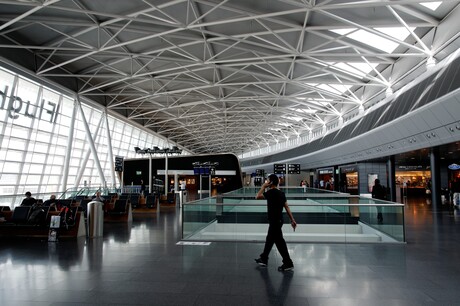 Based on 802.11ax and featuring channels up to 160 MHz wide, Wi-Fi 6 can deliver speeds up to three times faster than 802.11 technologies. Designed for use in the 2.4, 5 and new 6 GHz bands, Wi-Fi 6 also provides greater reliability, ultralow latency and higher network efficiency in airports, stadiums and other environments with large numbers of simultaneously connected devices.

The GRU network features a unified Wi-Fi 6 infrastructure based on Cisco Catalyst access points, controllers and switches. Samsung provided GRU operations employees with ruggedised handsets and other devices with Broadcom’s Wi-Fi 6 chipset, enabling them to use Wi-Fi 6 to maximise productivity and responsiveness to passengers while different OpenRoaming identities are used to separate automatic access for GRU employees versus guests.

Airport employees and passengers will no longer have to log in to public Wi-Fi networks repeatedly. It will also improve consumers’ experience in the retail stores as it will allow a smoother check-out process and support back-office operations.

The service frees travellers, airport employees and other users from the repeat registration and log-in that public Wi-Fi networks often require. Instead of re-registering or re-entering log-in credentials, GRU users will enjoy the convenience of instant network access matched with enterprise-grade security. When coupled with the Wi-Fi 6 infrastructure, OpenRoaming also helps provide a carrier-grade Wi-Fi experience.

OpenRoaming provides secure, automatic and friction-free access to the Cisco-powered network that is managed by Boingo, who designed and installed the GRU network — said to be the world’s first airport Wi-Fi 6 network when it launched in October 2020. Travellers have up to four hours of free access, including from their older-generation Wi-Fi devices, thanks to Wi-Fi’s backward compatibility.

The WMM[X]9G antennas are designed to provide MIMO wireless coverage for external or internal...

Airbus's TB4 base station is designed to support TETRA and 4G/5G technology and features dual...