ACMA ignores the best spectrum opportunity for the next industrial revolution 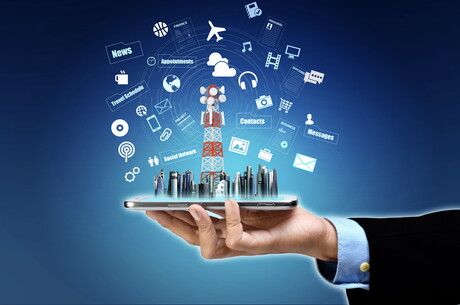 It appears ACMA is assisting Treasury for the short-term as opposed to supporting industry for the long-term.

The present spectrum reallocation proposed for the 3.4 to 4.0 GHz band is in effect totally ignoring the future of technology gains for many industries. The proposal from the ACMA to package up the spectrum in blocks for auction is designed specifically to gain the biggest cashflow for the Treasury and ignores worldwide trends that are seen as the vanguard of the fourth industrial revolution.

If we look at other jurisdictions, both France and the United Kingdom have recently announced additional spectrum allocations for wireless broadband (WBB) that are designed for industrial and other uses. The United States FCC has allocated a block of 150 MHz of mid-band spectrum for the citizen broadband radio service (CBRS), basically an open spectrum allocation that can be used for many different WBB and technology advancements.

The OnGo Alliance from the USA states that there are hundreds of thousands of devices now being operated in systems within that band; this gives many economical benefits as well as creates an environment that has encouraged many new equipment suppliers into the markets. It would be reasonable to assume that if a similar system were operating here in Australia that our many entrepreneurial organisations would develop products for both local and international markets.

Within the present allocation proposals from the ACMA for the spectrum here, there is little allocated to low-power, in-plant licensed services in the metropolitan areas and no indication from the ACMA regarding an open-access system like CBRS. History shows that access to spectrum will enable many new technologies and applications to flourish.

The outcome of the present band allocations proposed by the ACMA is for spectrum licence format by auction as the preferred outcome. This creates the maximum cash return for the government in the short term; however, it slams the door shut on other potential applications as once the spectrum is put under spectrum licensing it is highly unlikely to return to other options in the future.

In addition to the ACMA not giving sufficient credence to private WBB networks in this consultation paper, during the third quarter of 2021 the ACMA announced that they would be doing some research into the private LTE markets and demand. ARCIA welcomed this announcement and contacted the ACMA to see how we could help; we were advised that the research would commence early in 2022. Recent follow-up enquiries were advised that due to staff issues the research project had been deferred until later this year. Yet, even though the research has not even commenced, the ACMA is planning on allocating valuable spectrum for WBB use without any serious consideration of a market segment that other jurisdictions see as being critical.

According to the ACMA consultation there is only one chance to set in place the best allocation planning for this important spectrum. How can this be done correctly if one of the most important market opportunities is ignored?

ARCIA represents the interests of many wireless players in Australia with a focus on private networks. As 5G becomes an important ingredient to grow the economy, ARCIA is concerned that the ACMA’s short-term budget fix is bad news for long-term productivity.

It is important to remember that the broader economic benefits involved in WBB spectrum allocation are much greater than the short-term gain to Treasury. This is the prime opportunity to recognise that WBB technology is going to underpin our economy for years to come; let’s make sure the opportunity is not wasted! The public carriers can afford to operate in mmWave spectrum, industry needs mid-band!