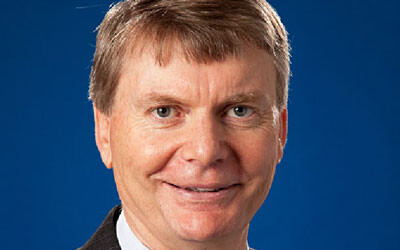 Stuart Ellis AM, Chief Executive Officer of the Australasian Fire and Emergency Service Authorities Council (AFAC), has made the decision to retire in November 2021. Ellis's retirement will conclude a highly distinguished and dedicated career spanning 40 years of service to Australia as both a senior executive leader and senior defence officer.

Following a distinguished 22-year career in the Australian Army and posting as Commanding Officer of the RMC Royal Military College, in 1996 Ellis was appointed chief executive officer/chief officer of the South Australian Country Fire Service for five years. 1996 also saw Ellis involved in the Black Hawk Disaster Board of Inquiry.

In 2002, Ellis established a consultancy company and has been involved in over 20 operational reviews, including the Canberra Bushfires, the Victorian Bushfire Royal Commission and the Christchurch earthquake.

In 2012, Ellis was appointed CEO of AFAC. During his past nine years, Ellis has remained passionate about improving the professional standing of fire and emergency personnel and has had a focus on progressing an industry-wide, integrated approach to emergency management. In April 2017, he led the establishment of the Champions of Change Fire and Emergency Group, a forum involving chief executives, commissioners and chief fire officers to support diversity and inclusion.

Alongside this, Ellis has improved the professionalisation of the industry with the introduction of the Emergency Management Professionalisation Scheme, defined national emergency governance and enriched relationships with key government, private, national and international partners and stakeholders. Ellis proposed establishing the Commissioners and Chief Officers Strategic Committee (CCOSC), responsible for national and international resource sharing; plus, he subsequently established the National Resource Sharing Centre to support CCOSC decision-making. Through his diplomacy he assisted agreement on the Arrangements for Interstate Assistance (AIA). The AIA provides mutual assistance and unified operational deployments of fire and emergency services personnel across domestic and international borders.

Ellis’ legacy includes winning the tender to establish the Australian Institute for Disaster Resilience, alongside the Australian Government Department of Home Affairs and the Australian Red Cross. This key organisation develops, maintains and shares knowledge and learning to support a disaster-resilient Australia.

The distribution partnership formed to offer the range of automation and control products.

The global digital wellbeing study shows that Australia has climbed 2 places since last year and...