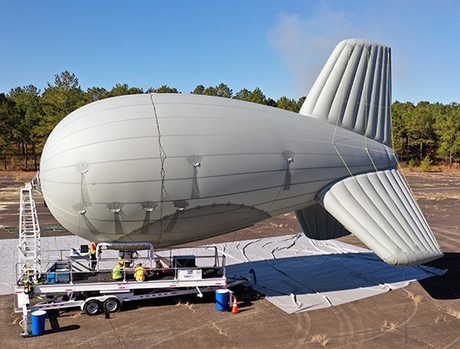 Over one million FirstNet connections are now in service across the US, supporting more than 10,000 public safety agencies and organisations, according to AT&T.

The blimp — dubbed FirstNet One — can fly up to 305 m and potentially offer double the coverage area provided by other deployable solutions such as Satellite Cells on Wheels and Flying Cells on Wings (COWs), the company said. The trailer-tethered blimp can provide either satellite or wireline backhaul and aims to reduce the need for multiple ground-based portable cell sites, AT&T continued. It can also be used for an extended period of time, staying aloft for about two weeks before needing additional helium, AT&T said.

“In remote areas of the county, communications have always been a challenge. And if we can’t communicate, we can’t see if our teams are safe or obtain the latest rescue status from those in the field,” said Santa Clara County Sheriff Search and Rescue Technical Rescue Coordinator Rusty Wackermann.

“FirstNet is solving for this, giving us on-demand access to the connectivity we need when our community needs us the most.”

As of December last year, the company had deployed Band 14 in over 675 markets, completing more than 75% of its coverage target, including major cities, rural towns and tribal areas, AT&T added.

The missing link in cloud adoption

nbn and the future of digital education — are you ready?