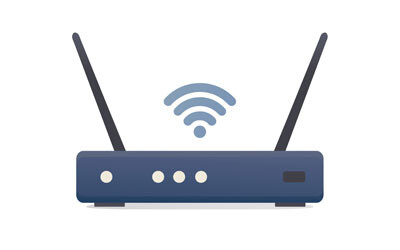 The Australian Radio Communications Industry Association (ARCIA) has welcomed the Australian Communications and Media Authority’s (ACMA) decision to allocate 75 MHz of spectrum from 3400–3475 MHz for low-power local area wireless broadband (LA WBB) in metropolitan areas, after the Authority was granted the ability to declare parts of the spectrum for reallocation.

According to ARCIA, there has been much discussion on what should be done with the spectrum segment that is presently licensed to NBN Co in the major metropolitan areas. NBN Co had a nationwide spectrum licence, but the corporation realised that it wouldn’t be using wireless connectivity in major city locations.

ACMA released three separate discussion papers on what should happen with the spectrum relinquished, with the first thoughts being that it should be made available in blocks suited to the carriers and put out for auction. ARCIA Executive Officer Ian Miller has been openly critical of this proposal, saying it was “designed specifically to gain the biggest cashflow for the Treasury and ignores worldwide trends that are seen as the vanguard of the Fourth Industrial Revolution”.

ARCIA instead pushed for the spectrum to be held for LA WBB to give industry some spectrum for enterprise LTE services. This would be in line with other jurisdictions, with both France and the UK having recently announced additional spectrum allocations for WBB that are designed for industrial and other uses. The United States Federal Communications Commission (FCC) has meanwhile allocated a block of 150 MHz of mid-band spectrum for the citizen broadband radio service (CBRS), basically an open spectrum allocation that can be used for many different WBB and technology advancements.

Having received 31 submissions to its reallocation paper, ACMA has now changed direction and confirmed that spectrum in the 3400–3475 MHz frequency range in urban excise areas will be allocated via apparatus licences. According to the Authority, stakeholder feedback indicated that apparatus licences were more appropriate than spectrum licences given the demand for restricted cell LA WBB in the urban excise areas, and the likely lower-spectrum utility and reduced benefits of spectrum licences for future defragmentation activities.

Spectrum in the 3800–4000 MHz frequency range will meanwhile be allocated as area-wide licences (AWLs), using the following segmentation approach:

This approach will help simplify technical arrangements and the coordination of services, ACMA said. In combination with spectrum in urban excise areas, it also ensures there are spectrum options for the different LA WBB use cases. This will support wireless internet service providers and minesite operations as well as highly localised public, private and enterprise networks, including those at warehouses, factories, airports, ports, transport hubs, hospitals, schools and smart buildings.

For more information on the spectrum reallocation, visit the ACMA website.

Nokia has signed a five-year 5G deal with AST SpaceMobile, which is building a space-based...