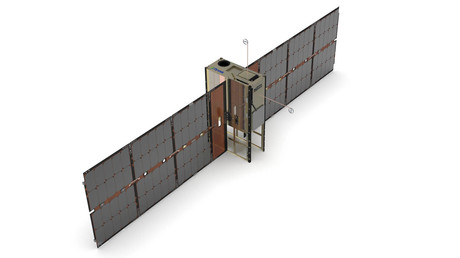 A Lockheed Martin payload carried aboard a Tyvak 6U nanosat spacecraft is testing cloud networking and advanced satellite communications in Earth orbit.

The company self-funded the research project — known as Pony Express 1 — which was prototyped, developed, built and integrated into the satellite bus in just nine months.

The technologies under test fit into a space the size of a shoebox, and include:

“This is the first of several rapid, self-funded experiments demonstrating our ability to systematically accelerate our customers’ speed to mission while reducing risk from new technologies.”