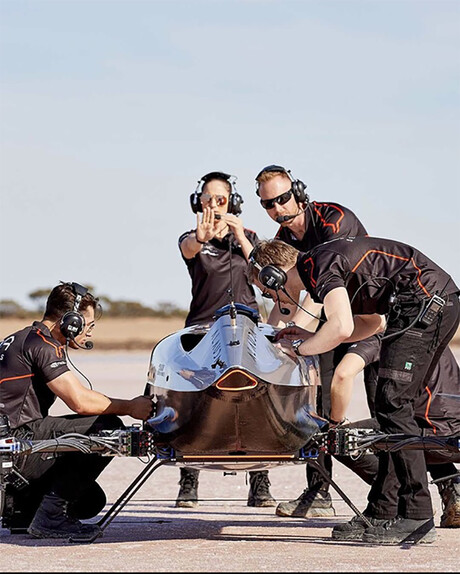 It is hard not to read that sentence twice, but Airspeeder is the latest, exciting sport to hit the skies and it involves flying cars. Its comms requirements are taken care of by sports industry comms specialists, D2N using Hytera equipment.

D2N MD, Jason Owen, explained, “Airspeeder and the engineering team at sister-company Alauda Aeronautics reached out to us as they knew of our reputation in the sports industry and were looking for a comms solution for their new race program. They were developing a flying racing car series and were in the test and development stage. This in turn called for a communication system between the pilot, who flies the aircraft remotely, the engineers and the flight test director.” 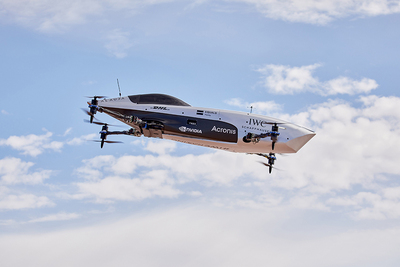 Alauda’s engineers initially wanted a comms system to cover two applications for the forthcoming EXA remotely piloted racing series and the Airspeeder crewed electric flying cars races. These were, firstly the R&D of the vehicles with a pilot and secondly a number of engineers who all communicate as a group.

The second application was also required to take care of a race management team that would ultimately manage the actual running of the races.

Hytera's PD662 are slim and light digital two-way radios, delivering excellent voice clarity and enhanced encryption with an LCD screen and programmable keys. Due to its size and weight and battery length this radio was a popular choice for the long days of racing and testing.

The Raytalk RAN-1000A double sided noise cancelling headsets are suitable for a range of radio brands and fitted with the Hytera radios easily.

“Race Management need the ability to communicate with each team as a group to dynamically respond to racing condition changes," said Owen. "To meet all of their requirements we suggested they invest in a high-end radio system as this would take care of the teams’ needs and form the foundation of the race management solution.” 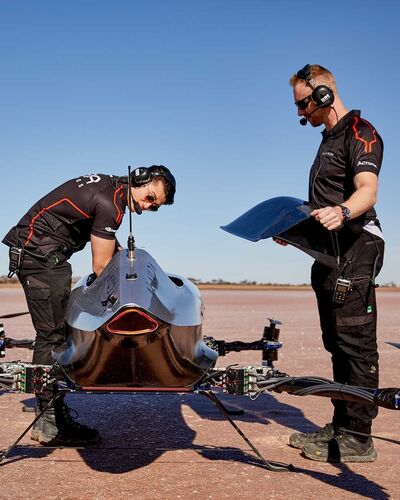 Looking to the future Airspeeder and Alauda will also require future communications post testing for racing, much like an F1 team has comms with their driver, as their prototype aircraft in turn develop into manned aircraft.

Owen said, “This second, comms post testing, stage is a longer-term solution but needs to be implemented in the near future for testing. The maximum distance for this part of the solution at this stage would be one to two kilometres and this would grow to over 5km in time.”

Considering Airspeeder is a relatively new sport with incredibly unique and specific requirements, the technology partnership with D2N and Hytera has been seamless. 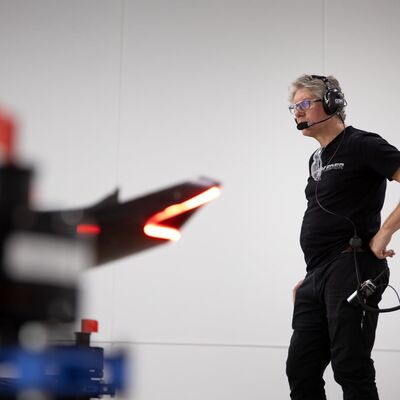 “We tried to deliver over and above as we not only solved their initial comms challenge," says Owen, "but also put them on a path where systems can be repeated and scaled to suit their operation as more teams come on board and the governance of race management requirements grow.”

As Airspeeder grows in stature and popularity the awareness around the sport has also been growing at an astonishing pace, as has its technical and comms requirements.

“For most of this year, it has all been about R&D and test flights of the actual vehicles. D2N is already an integral part of this amazing sport as we have supplied them with super reliable communications and a solution built to suit and futureproof their operations. Airspeeder and Alauda have the advantage of our many years’ experience providing comms to motorsport and they appreciate that this is a big plus for them. Also, many comms suppliers get wedded to one comms manufacturer brand, whereas the D2N approach is to think about the application before any brand is discussed. As a result, we have always delivered on every requirement and every promise for this amazing new flying motorsport.”

To find out more about the Hytera radio used in this amazing Airspeeder race series, go to: https://hytera.com.au/

Since early March 2020 telehealth services have skyrocketed, with more than 86.3 million COVID-19...

The continued expansion of digital technologies and applications in emergency vehicles goes...

Many Australian law enforcement agencies are looking to their counterparts overseas at ways to...