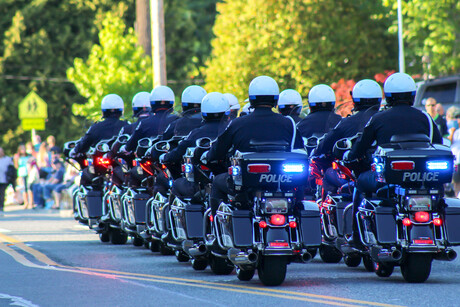 Many Australian law enforcement agencies are looking to their counterparts overseas at ways to simplify and automate capabilities both within police stations and in the field.

In the United States, the Seattle Police Department (SPD) provides its more than 1,400 officers with digital tools to enable effective police work, improve operational efficiency, and help keep officers and residents safe. To this end, each cruiser had been upfitted with an array of essential technology including an in-vehicle video system, a mobile data terminal (MDT), and a router for offloading files when in the proximity of stations — all of which depended on wireless connectivity.

Previously, when an incident occurred that required a supervisor’s review of footage from the in-vehicle video system, officers had to go off patrol and return to the precinct. Video would start offloading only when in range of station-based fixed Wi-Fi access points, adding to operational overhead and decreasing time on the streets.

When legacy networking equipment failed or required support, cruisers had to be taken out of service for the SPD’s IT team to identify and fix the issue. The result was that officers often had to wait for another vehicle to become available or for the repair to be completed — keeping officers in the station instead of the field even longer.

As critical applications became more advanced and data-hungry features were added, including those requiring location-based data from GPS, the police fleet’s existing wireless networking solution was no longer powerful enough, lacking the key capabilities for scalability in the future.

When an incident requires instant supervisor review, video can now begin uploading over cellular broadband the moment recording stops, allowing command staff to analyse events while officers are in transit — and without taking them off the beat. In the event of an officer-involved shooting, teams tasked with investigating the incident can review video evidence before arriving on scene.

This upgraded in-vehicle networking system offers more bandwidth and better data transfer performance than SPD has ever had, as well as the processing power to support next-generation video platforms for the foreseeable future, including those from Axon and other partners.

When in range of a precinct, Cradlepoint routers can be configured to automatically and instantly switch from a cellular connection to utilise the Wi-Fi-as-WAN feature which is especially beneficial for uploading large video files and avoiding expensive data overages.

Now, using NetCloud Manager, the SPD’s IT team can support the whole fleet’s routers and connected devices from anywhere — without bringing vehicles back to headquarters. The ability to address connection issues and complete software updates enhances the operational efficiency of the IT team.

Cradlepoint’s in-vehicle Wireless WAN solutions also enable dual SIM connectivity, which allows switching between various carriers for always-on connectivity. This is a crucial feature for uninterrupted connectivity in a moving vehicle that could lose service in one area but be covered by another carrier in that area. This guarantees that vehicles always have the best connection possible.

As Australian Law Enforcement agencies replace older technologies and look to the latest tools to provide seamless connectivity at permanent locations and on the road, wireless WAN solutions will provide the speed, bandwidth, security and agility required to improve response times and organisational efficiencies.

The continued expansion of digital technologies and applications in emergency vehicles goes...

Since early March 2020 telehealth services have skyrocketed, with more than 86.3 million COVID-19...

5G is changing the perception of wireless connectivity in the emergency services sector.