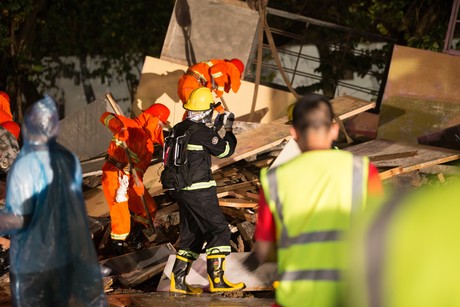 The switch from analog radio to Hytera DMR is helping authorities more efficiently coordinate safety services for a large festival.

Langelandsfestivalen is Denmark’s biggest family festival, attracting around 25,000 visitors each year. When so many people gather in a single place, accidents are bound to happen. So those visitors, and staff, depend on emergency services personnel having access to an efficient communication solution to coordinate efforts in case of a crisis.

Fire & Rescue Center Nyborg, headquartered in Fyn, Denmark, is the non-profit rescue service organisation that offers emergency and environmental services for the area. Its staff comprises about 140 voluntary workers who often participate in large events and festivals, such as Langelandsfestivalen, where there are enhanced risks of accidents. When they are on location they have several teams of nurses, doctors and firemen at the ready to offer help when something bad happens.

It’s absolutely essential for Fire & Rescue Center Nyborg that good communications are available, as life or death can be decided in seconds. The organisation had previously used an analog radio system but it failed to meet expectations — when something occurred, controllers had to ask where everyone was positioned and who was closest to the accident. At large festivals there are seldom any regular maps or roads available, so the situation can become chaotic.

There were several minor accidents at the most recent festival, including two fires, and Fire & Rescue Center Nyborg staff were ready to jump in and limit the damage. As the festival was held on an island and the nearest hospital was quite far away, it was more efficient to provide help on-site, from where Fire & Rescue Center Nyborg performed about 2000 treatments and managed everything from smaller cut wounds and nausea to allergic reactions and suspected blood clots.

Helping to achieve this result was a new Hytera DMR digital radio system, which comprised 15 handheld radios, a dispatcher and a repeater. With the new system, Fire & Rescue Center Nyborg could locate every team member on a dynamic personnel information (DPI) map and contact the appropriate volunteer straight away, saving time and in turn helping to save lives.

According to Nicolai B. Clausen, Rescue Manager, Fire & Rescue Center Nyborg, everything went surprisingly fast during the transition from analog to digital. “Within one week from our decision to move over to digital we had a complete digital system in our hands, ready to be used,” he said.

The access to DPI maps and the ability to coordinate the teams more efficiently have been the biggest advantages of the digital system so far. Fire & Rescue Center Nyborg can now manage almost every situation much faster and thereby prevent people from being hospitalised. With DMR, it has gained the ability to operate proactively and structure easier communications between ambulance personnel, firemen, nurses and doctors from one central location. All this enables a more secure environment for both visitors and officials.

“Our new radios are smaller than our previous ones, and also easier to handle — which shouldn’t be underestimated,” said Clausen. “Since our organisation consists of volunteers, we have people in all age groups with different skill sets working with us, and so far no one has experienced any difficulties using the new equipment. Another huge benefit is the improved voice quality in loud environments, which is very useful at large events such as Langelandsfestivalen.”

Satellite communications for safety at sea