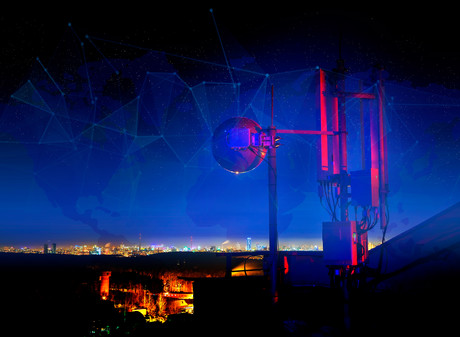 It may have been many years in the making, but the mobile industry finally has reached the dawn of the 5G era. Across the sector, mobile network operators are preparing their initial 5G launches, planning their migrations from field trials to commercial offerings.

The additional spectrum they are gaining through allocation processes, which in some cases will be as much as 100 MHz in the sub 6 GHz bands and up to 800 MHz in the millimeter-wave bands, will allow operators to deploy networks capable of much more than current networks. This includes higher bandwidth and much greater data rates for customers, as well as extremely low latency to support autonomous driving, mission-critical applications with real-time response needs, and the coming explosion in Internet of Things connections to create smart homes, smart buildings, smart factories and smart cities.

Enabling these visions requires a great deal of investment by network operators, not only in the millions of dollars they bid to acquire new spectrum, but also in terms of building out a whole new wireless architecture that is much denser and capable of greater coverage and richer application experiences than ever before. Initially, network operators will leverage existing 4G infrastructure to help them launch 5G, this is the so called non-standalone (NSA) network architecture where signaling is performed over the legacy LTE network. Over the long term, mobile carriers will build out new 5G networks using their higher-frequency spectrum allocations, deploying entirely new antenna technologies in the process.

One of the big differences between 4G and 5G, architecturally speaking, is that while 4G networks used base stations that held omni-directional antennas transmitting ubiquitous signals, 5G will use base stations with active antenna systems (AAS) with beamforming and massive MIMO to help focus strong signals toward each device in the coverage area.

As beams are transmitted with narrow beamwidths, there are radiated power characteristics that need to be kept at a minimum to avoid interference. These include side lobes, which form adjacent to or behind the main signal beam, and can contain considerable power with the potential to interfere with other signals. Generally, the decibel level is much lower than in the main beam, but in a dense network, side lobe level still needs to be monitored and managed.

Such architectures, while complex, will allow operators and their customers to maximize the potential of 5G. However, to get customers to buy into this vision, operators and manufacturers need to prove 5G is everything they claim it is. Just as 5G at high frequencies requires new thinking about antenna architectures, it also requires new thinking about testing these networks to make certain that all the technical characteristics can be effectively managed to prepare networks for launch.

Testing 5G networks will not be the same as testing 4G architectures, or really any type of wireless network that came before. Testing needs to be performed on the beam formed by the AAS over the air. This beam is only fully formed at some distance from the AAS, which for the 3.5 GHz radios is usually at least 10 meters away. If the AAS is mounted on a rooftop, the tests must be done much further away than that.

These new realities have given rise to over the air (OTA) testing, allowing technicians to position themselves in the far field distance from a base station, and wirelessly connect to carry out new types of tests that make more sense in environments where operators need to validate the performance of many individual beams.

The new tests include measuring Equivalent Isotropic Radiated Power (EIRP), a measurement indicating the amount of power that would be required to be fed into an omni-directional antenna to give the same signal strength as that measured at a distance and direction from the antenna.

OTA testing also can take other measurements that make it the best possible testing method for 5G. For example, with 5G’s wider-band signals, companies will want to test for interference where signals may overlap. In addition to spurious and harmonic signals, beamformed signals can generate side lobes that could be radiated in any direction from a base station during transmission, and OTA testers can measure these signals.

Other OTA measurements include testing the power in each of the primary synchronization signals in the 5G sync signal block. The beams in the SSB are continuously transmitted and so offer a useful signal to perform basic RF measurements on in the field. Measurements on data channels will always be more challenging, as these beams are only formed after a UE has established a data channel with the base station, and these beams will be directed to the UE. So without some signaling or UE capability in the test instruments, creating and aligning with these beams will not be possible.

Ultimately, using OTA testing systems for all of these needs will help network operators and their manufacturer partners prove that new 5G networks are ready to perform as anticipated. That means they can meet their time-to-market goals for 5G, opening the door to new applications and user experiences that will change the lives of consumers, and usher in a new era of productivity and performance for individual corporate enterprises and entire industries. OTA testing is most closely aligned with the real-world experience of network users. It is the most meaningful way of making measurements on a 5G transmitter.

It’s imperative that the next generation of test equipment be designed to meet the challenges of 5G test while maintaining support for a full range of other wireless technologies in use today. They must be able to support critical functions such as:

With the launch of Anritsu’s Field Master Pro™ MS2090A high-performance RF spectrum analyzer, the world’s first field portable solution with continuous frequency coverage for sub-3 GHz, sub- 6 GHz, and mmWave 5G NR measurements has been introduced. This instrument was developed in close cooperation with all leading 5G base station manufacturers, and is being used to install the first commercial 5G NR networks. The new Field Master Pro MS2090A high-performance spectrum analyzer is the most comprehensive solution for field service engineers and technicians supporting the installation, commissioning, and maintenance of the RF industry’s wireless technologies of today and tomorrow.

Convergence as the new standard for critical comms

The internet has long been labelled the 'network of networks', for its ability to...