By Courtesy of the European Space Agency
Thursday, 18 July, 2013

Keeping lines of communications open during a crisis is critical - and the Dublin Fire Brigade has shown how, using satellite and hybrid technologies.

An emergency exercise in Malahide estuary, north of Dublin, Ireland, put the fire service’s pilot information and communication system through its paces recently.

It provides secure and reliable exchange of information between emergency personnel on the scene and their command and control centre during a crisis and incidents such as car accidents. 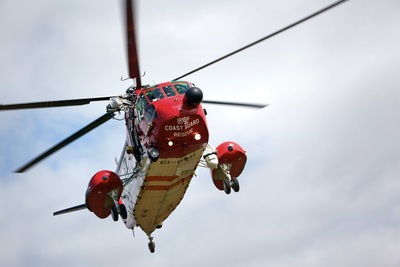 REACT combines mobile phone technology with satcoms and the emergency service’s communication system, TETRA. This ensures there is always an open link during a major incident, even if the phone network is not working or overloaded.

Thanks to broadband satcoms, the system provides a range of voice, data and video channels between the fire service personnel on the ground and the commanders in a central command and control room. This enables the controllers to coordinate the response using the information they are receiving from officers on the ground.

For the exercise, an Incident Command Unit was sent to the emergency scene, adapted with a Ka-band satellite dish and a CCTV camera to send and receive information and images.

The vehicle operated as a communications hub, providing real-time links through voice and video conferencing services from the scene to the command and control room.

This allowed an operational picture of the incident to be shared between the scene commander and the command and control personnel, who are more efficient at delivering support to officers at the scene. 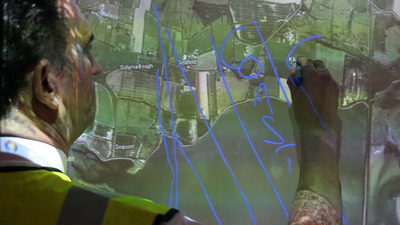 A touch-screen monitor inside the vehicle gave access to REACT applications, such as an interactive smart board for sharing maps, plans and sketches with the control room. High-resolution images from the cameras of first responders could also be sent.

REACT provides seamless streaming of audio, video and data from the incident to the commanders, giving an all-round view of the situation on the ground and providing an invaluable real-time picture.

Lead partner Skytek made sure that the look and feel of the control panel and electronic forms fit with Dublin Fire Brigade’s existing operational procedures and paper-based records, enabling personnel to use the system and software with minimal training.

Ritchie Hedderman, Head of Operations at the Dublin Fire Brigade, said, “In the event of a major emergency, secure and reliable communications are vital to the emergency services.”

“I feel that the satellite communications in time will prove to be the primary and preferred means for communicating as it can supply voice, video and data back to regional and national control centres where strategic commanders can assess situation on the ground and provide the back-up resources in order that a successful conclusion to the emergency can be obtained.”

The satcom system has been made possible as a result of an agreement between ESA and UK company Avanti to provide capacity on the Hylas-1 satellite, which includes a Ka-band spot beam covering Ireland.